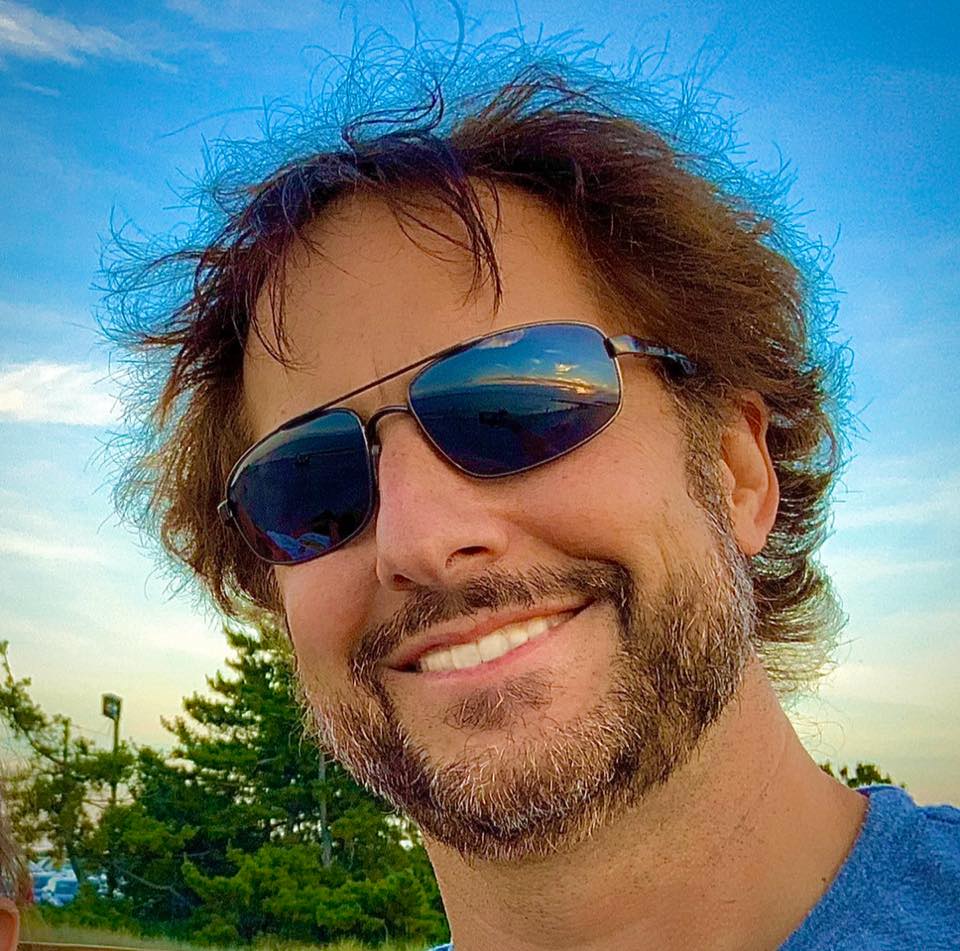 As a realistic oil painter, one of the main goals in translating our environment onto canvas is to reach out to the viewer. I want the person looking at the painting – to look into it; to make them feel like they are there and they can walk through it. The intent is not just to create another ‘pretty picture,’ but to immerse the viewer in the surroundings. It is also about more than just a view of a place. Each painting is a carefully calculated decision of composition, light and shadow, and spatial relationships, designed to tell a story and lead the viewer. Not every painting will have the same effect on every individual, but each one will hopefully make a specific emotional connection to each person and help them to notice the little things in life.

Adam is a lifelong resident of Long Island, New York where the shores and surrounding landscape continue to be a constant source of inspiration. Since an early age, Adam’s creativity was encouraged by his parents and grandparents whose passion for the water and boating often exposed him to breathtaking coastal and nautical scenes. Many of his earliest drawings involved sunsets, water, boats and the beach, and have always possessed an exquisite attention to detail. As he grows older, his love for landscapes continues as does his obsession with technically precise renderings and “architectural” drawings. The execution and process of the creation is just as important as the finished product. It is also important to render the subject in the most accurate way, and bring out subtleties that the viewer might not otherwise notice. Adam incorporates this way of thinking into his landscapes and other fine art. Although this obsession with accuracy is suited more towards architecture and design, he feels the discipline of fine art painting fulfills his deeper need to express his passions and creativity.

Early on, Adam drew inspiration from local genre painter, William Sydney Mount whom he studied during school field trips to area art museums and the former home of the artist. Adam’s interest in realistic art, detail and technique peaked with the discovery of well known photorealist, Richard Estes. Awe struck with the Estes images he saw in New York City galleries such as the Louis K. Meisel Gallery, Adam was further driven to define his own niche in the art world.

Adam’s appreciation of art history grew and he gained insight from artists he discovered in High School and college. These artists range from the Dutch masters such as Vermeer and Rembrandt, to American painters like Thomas Eakins, Edward Hopper and of course, beloved Illustrator, Norman Rockwell. In college he was introduced to, and enthralled by, the landscape artists of the Hudson River School. Moreover, his eyes were opened to more contemporary, technically adept, illustrators such as Mark Fredrickson, Tim O’Brien and Michael J. Deas. Adam was particularly intrigued by the insightful portrayal of the people in Norman Rockwell’s images as well as the exaggerated reality created by artists like Mark Fredrickson. It’s these qualities that drive Adam to excel in his own work.

Adam is a graduate of Syracuse University, College of Visual and Performing Arts, in Syracuse, New York. He received a Bachelor of Fine Arts degree with a major in illustration. Adam has accumulated experience in many facets of the art field including freelance illustration work with ad agencies, designers and manufacturers; private commissioned works; as well as graphic design, printing and pre-press print work. For the last 20+ years, his award-winning work has appeared in many local, national and international exhibits and shows, printed materials, and publications.

In 2011, Adam, along with his wife Khrystyne, launched Seven Thirteen Creative, Inc., a boutique advertising and design agency, offering a wide range of graphic design, web design and creative services.

This website uses cookies to improve your experience while you navigate through the website. Out of these, the cookies that are categorized as necessary are stored on your browser as they are essential for the working of basic functionalities of the website. We also use third-party cookies that help us analyze and understand how you use this website. These cookies will be stored in your browser only with your consent. You also have the option to opt-out of these cookies. But opting out of some of these cookies may affect your browsing experience.
Necessary Always Enabled
Necessary cookies are absolutely essential for the website to function properly. This category only includes cookies that ensures basic functionalities and security features of the website. These cookies do not store any personal information.
Non-necessary
Any cookies that may not be particularly necessary for the website to function and is used specifically to collect user personal data via analytics, ads, other embedded contents are termed as non-necessary cookies. It is mandatory to procure user consent prior to running these cookies on your website.
SAVE & ACCEPT